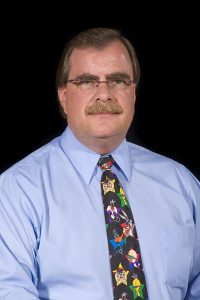 Dr. Bennett Weiner has enjoyed practicing in La Habra since 1988. In 1996, he and his wife, Dr. Cynthia Tjahjadi, took over the La Habra Family Vision Center, which gave them the opportunity to grow their practice in town. Dr. Weiner’s in-depth knowledge of the visual system has helped him in providing excellent care to his patients’ eyes. His quiet and patient nature has earned him the respect of his patients and staff.

Dr. Weiner and his family reside in Fullerton. He is very involved in the care and the education of his 2 children.  He enjoys watching sports with his children and going cycling when the weather is nice. 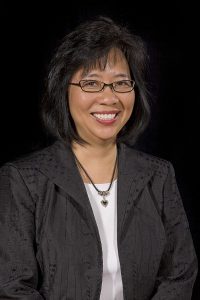 Dr. Cynthia Tjahjadi has been practicing in La Habra since 1988. Together with her husband, Dr. Bennett Weiner, she has provided great vision care for the community. In 1996, they had an opportunity to expand their practice by taking over the La Habra Family Vision Center. Her caring personality and attention to detail has won her patients’ trust and friendship over the years. She feels privileged to be able to serve the needs of her patients and tries her best to answer their concerns.

Dr. Tjahjadi was born in Jakarta, Indonesia and with her family, she moved to California at the age of 17. She attended Moorpark College and University of California Santa Barbara prior to entering the Southern California College of Optometry. In 1986, she received a Bachelor of Visual Science degree from and in 1988, she received the Doctor of Optometry degree.

Dr. Tjahjadi has been a member of the La Habra Rotary Club. With the money raised, the club has proudly contributed to different youth programs in the City of La Habra for many years. She and her family have been residents of Fullerton for the last 20 years.

You can schedule your next appointment with us online!